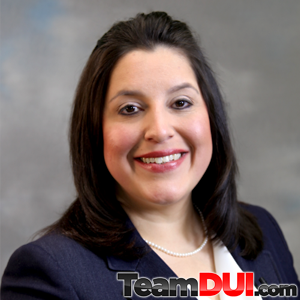 About Mary Stanley Guerin
Mary Stanley Guerin has been providing legal service and defending Middle Georgians charged with DUI for 10 years. She started practicing, under J. Robert “Bob” Daniel, at a firm that was the only firm in middle Georgia to exclusively handle DUIs.When represented by Mary Stanley Guerin, every client receives a personalized defense. She is meticulous in studying evidence and paying attention to details that can turn an ugly case into a winning case. During one of her trials, she took a simple detail of seeing furniture in the back of her client’s truck to making that the theme of her case, arguing the officer never saw any bad driving but instead stopped the client thinking the client had committed a robbery. By challenging the high breath test and showing the officer’s lack of credibility, the jury found her client not guilty. It was the detail of the furniture, though, that brought the defense home.

When you hire Mary Stanley Guerin, you can be assured that no test result is too high for her to defend, and she will always stand up for your right to refuse breath, blood, and field sobriety tests. Mary believes strongly in her work and her clients, and she will do everything ethically possible to defend her clients.

Mary Stanley Guerin stays on top of the law and science that is critical to defending those charged with DUI. She has successfully defended mothers charged with DUI and child endangerment, people who have consumed alcohol and were fleeing and eluding the police, clients who were involved in accidents (including hit and runs), clients who fell asleep at the wheel, those with prior DUI convictions, someone charged with DUI while driving on a DUI permit in violation of the permit, clients with test results above .20 (results above the legal limit in Georgia) and those who have refused testing. Mary believes strongly that no facts warrant an automatic guilty plea; every case deserves a thorough investigation.

Awards & Honors
Mary Stanley Guerin answers your top DUI questions
How can a lawyer help my DUI case?
If I took the breath test, do I still have a chance?


Can my DUI test results or refusal be kept out of evidence?

Am I still allowed to drive after a DUI arrest?

Do I need an attorney to fight my DUI charges?

I took the field sobriety tests and do not feel I did well. Can you still defend my DUI case?

If I am able to get my license back after the administrative hearing, can it be suspended in criminal court?

Should I plead guilty if my blood alcohol result was high or over the legal limit?

Am I required to attend court for my DUI case?

What is arraignment and what do I need to do then?

What are the long term consequences of a DUI?

What are the minimum penalties of a DUI conviction in Georgia?