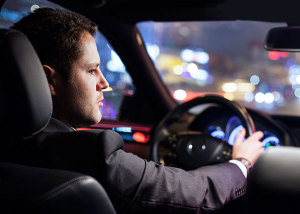 Courts can require fines to be paid if a defendant is convicted of impaired driving. These DUI court fines can be large and range from $250 to over $20,000, based on each case’s circumstances. Court-ordered fines are in addition to any costs resulting from bail bonds, license reinstatements, restitution, and fines for additional charges.

When arrested for a DUI, there is a high chance of losing your driving privileges either through the criminal case or administratively. The amount of time a driver’s license could be suspended generally increases with second DUI convictions. Additionally, many states require a license suspension if the defendant refused to take the state-administered DUI breath test. License suspensions due to DUI test refusal are without consideration of guilt.

Several states impose a minimum jail sentence even on first DUI offenses. It should be noted that multiple DWI convictions frequently result in increased jail time. If it’s a felony DUI as a result of habitual violation or injury to others, a defendant could be facing years in prison. Some states, such as Florida and Indiana, have mandated harsher DWI penalties based on the blood alcohol content (BAC) of the defendant. For example, as of the writing of this article, Florida can increase a DUI first offender’s jail sentence an additional 3 months if the BAC tested 0.15% or higher.

If you have been charged with drunk driving, don’t throw away your legal options and give in to maximum DUI penalties. Call 1-844-TEAM-DUI (1-844-832-6384) to speak to a top DUI attorney near me who will evaluate your DUI case, discuss legal services, and provide options based on your individual situation. You can also fill out a free online case evaluation and a local DUI attorney will contact you shortly after receiving your completed form. To see DUI penalties by state, choose from the list below: