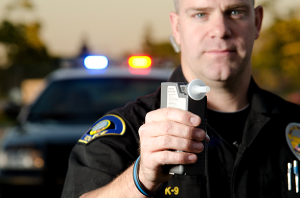 A police officer may make a legal traffic stop without the degree of probable cause necessary for an arrest. However, because the stopping of a vehicle constitutes a seizure under the Fourth Amendment, the stop, to be legal, must be neither arbitrary nor the product of idle curiosity. The Supreme Court has stated that “the Fourth Amendment applies to all seizures of the person, including seizures that involve only a brief detention short of traditional arrest. … When a police officer accosts an individual and restrains his freedom to walk away, he has `seized’ that person … and the Fourth Amendment requires that the seizure be `reasonable.’ … (W)e have required the officers to have a reasonable suspicion, based on objective facts, that the individual is involved in criminal activity.”

To justify a legal traffic stop, a police officer must have a reasonable and articulable suspicion that the vehicle stopped or an occupant thereof is in violation of the law. In the case of Delaware v. Prouse, a police officer arbitrarily stopped the defendant’s vehicle only because it was in his territory and he was not busy. Finding the stop to be unreasonably selective and arbitrary, the court stated the following at 440 U.S. 663:

“Accordingly, we hold that except in those situations in which there is at least articulable and reasonable suspicion that a motorist is unlicensed or that an automobile is not registered, or that either the vehicle or an occupant is otherwise subject to seizure for violation of law, stopping an automobile and detaining the driver in order to check his driver’s license and the registration of the automobile are unreasonable under the Fourth Amendment.”