Arrests in DUI or DWI cases are made without a Warrant 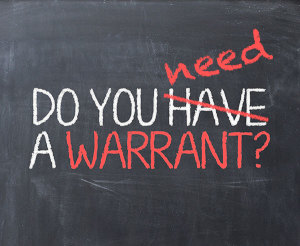 Because of the nature of the offense, most arrests in DUI or DWI cases are made without a warrant. Most drunk or impaired driving offenses are misdemeanors. Under common law, a warrantless arrest for a misdemeanor can be made only if the offense is committed in the presence of the arresting officer. Most states have enacted statutes modifying this requirement in DUI cases, often by expanding the meaning of the term “in the presence of an officer.” As a result, the general rule is that a police officer may make a warrantless arrest in a drinking-driving case if:

Actual Presence of the Officer

It is clear in every jurisdiction that a police officer can make a warrantless arrest for a DUI-DWI offense committed in the presence of the officer. For this rule to apply, however, every element of the offense must be committed in the presence of the officer. Specifically, the officer must observe both the operation of the vehicle by the defendant and evidence of intoxication. An arrest made by an officer who did not personally see the defendant operate the vehicle has been held unlawful under this rule. The requirement of presence is most often imposed in arrests made by city or local law enforcement officers who, in some states, are not covered by state statutes modifying the presence requirement.

In most jurisdictions, a police officer may also make an arrest (other than an in-home arrest) for a drunk or impaired driving offense without a warrant if the officer has “probable cause” to believe that the person arrested has committed such an offense. “Probable cause” may consist of either the officer’s own observations and firsthand knowledge or trustworthy information provided to the officer by others, including other police officers. If the officer’s information is supplied by a citizen, the citizen must be an eyewitness to the offense or have firsthand knowledge of the incident.