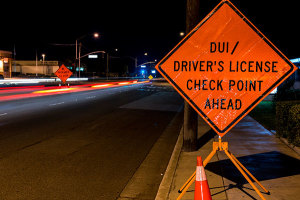 DUI roadblocks are a source of much litigation and contention in DUI-DWI cases. A DUI roadblock stop is the only type of non-consensual stop for which an “articulable suspicion” of illegal activity is not required. Consequently, the legality of such stops are closely scrutinized by the courts.

The public concern served by most roadblocks is the detection and arrest of drunk or impaired drivers, the gravity of which is beyond question. The only judicial question is the degree to which a particular roadblock advances this public concern. In other words, the only “public concern” question is whether a particular roadblock is effective in detecting and deterring drinking or drunk drivers. Unfortunately for defense counsel, the Supreme Court in Michigan ruled that for Fourth Amendment purposes the “effectiveness” of a check point is an administrative decision to be made by the appropriate law enforcement authorities, whose decision on the matter is not judicially reviewable if within reason.

If you or a loved one has been arrested for DUI-DWI involving a DUI roadblock, don’t simply give in to the possible consequences of a conviction. TeamDUI.com lawyers are available 24 hours per day and 7 days per week to discuss your individual situation and how to fight the charges against you. Contact us today at 1-844-TEAM-DUI (1-844-832-6384) for a no-cost case evaluation near me.