What is a DUI Refusal

One of the most common DUI refusal questions from clients is if they should take the DUI breath test requested by the officer. More often than not, drivers are stressed, confused, scared, and worried about many aspects including what is going to happen, how to tell their families, and what will happen with their job. 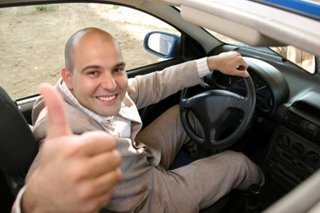 When an officer is investigating a possible DUI-DWI, routine procedures include asking the driver to submit to testing of breath, blood and/or urine. For DUI breath tests, it is important to remember that there are essentially two types of breath tests – PBT and the state-administered breath testing device. The preliminary breath test (PBT) is used at the roadside to establish the presence of alcohol and is 100% optional and voluntary. The state-administered breath device testing occurs after your DUI arrest. Usually, these tests are conducted at a jail, police substation, or possibly in a mobile alcohol testing van.

When requesting a driver to submit to a forensic breath, blood or urine testing the officer reads an Implied Consent (some states call it “informed consent”), which informs the driver of the consequences of DUI refusal. In the majority of states, the officer cannot force the driver to consent to testing. But, the trend today is to forcibly take blood if you refuse. Refusing to take the DUI blood test does not mean you will not be arrested or convicted for DUI. Moreover, almost every state permits the prosecutor to introduce evidence – at trial – that you refused to consent to your breath or blood to be tested for alcohol (or drug) content.

Most states allow the officer to charge you with being too impaired to drive, even when you have refused. Unlike “per se” DUI, which is based upon test results, a DUI-DWI “impaired” charge is based on observations by the officer. Observations can include the smell of alcohol, the driver stating he or she just left a bar, being unsteady on feet, having slurred speech, or other various signs of impairment. If the driver submits to voluntary field sobriety tests, these results will be used against the driver at trial. Courts can try to use your refusal against you as circumstantial evidence and argue that you refused because you knew you were intoxicated. So, merely the fact that the driver had a BAC over the legal limit (usually 0.08%) does not mean you will not be convicted.

In addition to possible suspension/revocation of driving privileges for refusing to be tested, most states also assess some type of suspension or revocation if the driver “blows” over the legal limit. So, in a state with a 0.02 underage limit, if a driver who is 19 years old blows 0.042 on forensic breath machines, some administrative suspension or revocation punishment will apply. This same concept applies to adults who blow over a 0.08.

When a driver refuses to test, they typically face one-year administrative license suspension (or revocation, in some states). The officer usually takes the plastic driver’s license and issues a temporary permit to drive. The permit allows the driver time to file an appeal of the officer’s notice of suspension for non-consent to the test. A driver has a limited window of time (this varies from state to state) from the date of arrest to request a hearing to appeal the administrative suspension/revocation. This is a separate proceeding from any possible suspension resulting from the outcome of the criminal case. In almost all states, the administrative appeal takes place in a court outside of the criminal case court.

If a timely appeal is not filed, driving privileges would become suspended or revoked – typically for 6 months to one year. Depending on state law, the driver may or may not be entitled to seek a “limited” permit after some time period. Previous DUI-DWI charges can impact the length of suspension in some states depending on the number of previous offenses and the length of time between cases.

Related Articles
Summary of DUI Defenses
Legality of the Stop
Articulable Suspicion
Ways to WIN or Reduce Your DUI Case
Contact Us
For a FREE Case Evaluation with a specialized DUI-DWI attorney near me, call or submit your case details. We are available 24 hours/7 days a week.
Don’t hesitate to contact us to discuss our legal services.