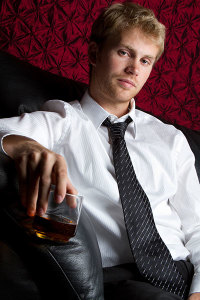 Celebrity DUI arrests are in the news virtually every week. Having represented over 100 high-profile individuals, I can tell you why it seems as though celebrities and billionaires are constantly getting nabbed for DWI-DUI. When George W. Bush’s, who was a presidential candidate at the time, prior DUI conviction became news in 2000 and his vice-presidential candidate, Dick Cheney’s, two prior DUI convictions surfaced, I immediately knew a new era in “public disclosure” of DUI arrests had arrived. There are many reasons for today’s constant media exposure. Still, there are five primary factors that have created the seemingly endless litany of names of sports and entertainment figures, politicians, and big business owners “making the news” for a DWI-DUI arrest. These points cover the phenomenon:

Factor No. 1: Far more celebrities exist now than in any time in the past, due to the explosion of television programs and the expansion of the televised traditional American sports from the 1960s and 1970s (like pro baseball, pro football, and pro basketball) to now include broad-based coverage of hockey, soccer, golf, tennis, MMA, boxing, swimming, diving, track and field, wrestling and a myriad of other sports shows. Reality television gets its highest ratings when one of its characters gets popped for a DUI or other crime.

Factor No. 2: The huge growth of full and part-time paparazzi who follow celebrities – and the money that goes with capturing the “revealing” news photos – have made these celebrities’ DUI arrests a bonus for these camera operators as they breach all boundaries of privacy to get an unflattering photo or news blurb. Entire online and television shows like TMZ ferociously pursue the video footage and still shot images of celebrity DUI court appearances, probation violations, and bonding out of jail.

Factor No. 3: The proliferation of stationary video security and monitoring cameras from private businesses, shopping centers, grocery stores, and police/law enforcement locations has provided much sought-after footage of celebrities getting into trouble. These valuable media clips and screen capture shots have tremendous value for the stations that are seeking the “breaking story.” Plus, because of the First Amendment “commercial speech” rights of the press, many celebrity DUI trials or court appearances can be captured in high definition, under court orders to permit a news camera inside the courtroom for DUI or other criminal cases.

Factor No. 4: Portable communication devices and ubiquitous social media chatter is used by too many celebrities to broadcast their “plans” for the night. All cell phones today have good video capture features and these are often used without the police knowing it (for example the Rodney King beating). This revelation BY THE CELEBRITY of his or her upcoming activities can be the source of a nightmare DUI case for the DUI attorney hired to help defend the pending criminal charges. The followers of that movie star or professional (or college) athlete if the sports figure or entertainer “tweets” or posts to Facebook his or her itinerary for a particular evening. Prosecutors can and do subpoena LIVE witnesses, who were at these locations, plus the credit card charges for booze, or obtain a search warrant for the internal video from the drinking establishments visited (or ALL OF THE ABOVE) for purposes of showing a dangerous pattern of drinking too much alcohol and then later getting behind the wheel. Plus, when a high-profile celebrity is busted for a DUI-DWI, even the police officers and tow truck operators are now tweeting to their circle of friends, and then the story spreads like wildfire.

Factor No. 5: The current “tough on crime” national attitude toward DUI arrests was a primary factor in the early 1990s to the creation of DUI task forces. The objective was to implement better training of police personnel who were taught to NOT make any exceptions for arresting celebrities for are drunk, regardless of their self-proclaimed “importance” and high public profiles. When Reese Witherspoon’s husband was being arrested for DUI arrest in Atlanta in 2015, her haughty attitude and diatribe toward officers “making a career mistake” was just such an example of a celebrity trying to use “name dropping” and seeking special treatment. All of these were captured on digital video by the Georgia State Patrol digital cameras. Because most DUI task force patrol cars are equipped with good quality digital video cameras that record everything on the highway and in the back seat of the police car (both sound and video), whatever is verbalized is captured. These videos are subject to being obtained by the press through “open records” requests or “freedom of information” requests, so the cops have no ability to hide or destroy any of this video footage – even if they wanted to do so. Many automated digital police car systems automatically download the contents of the hard drive from the officer’s patrol car equipment as it enters the police “sally port.”

In the 1960s, 1970s, and 1980s, it was very common for police to call a supervisor and ask about what should be done with the detained celebrity who was clearly DUI. Many times, a courtesy ride home meant no arrest, in the old days.

Beginning in the 1990s, however, video cameras became the rule for DUI task force enforcement officers, due to federal grants that started with the Reagan and George H. W. Bush administrations. Today, at least one state – South Carolina – has a video recorder in EVERY police car and at every breath testing location for ALL of their state’s DUI arrests. Politicians, celebrity actors, sports figures, billionaires, and business leaders all get captured on video, for the world to see.

For even the most skilled and experienced DUI attorney representing an accused drunken driver at a trial, the daunting task of selecting a jury in the highly-publicized atmosphere of DUI news and publicity can be a nightmare. Only by addressing the celebrity status of the client directly and thoroughly can a “fair” jury be selected. Getting the whole venire panel to discuss this “elephant in the room” is problematic, much less asking direct questions of individual juror panel members about their pre-conceptions about celebrity DUI and other criminal arrests.

Well-publicized DUI arrests can hound a high-profile person even when he or she later WINS the DUI-DWI case. The winning DUI lawyer can obtain a reduction or an acquittal for his or her client, but the archives of the Internet do not go away. With its non-erasable repository of news stories and “mug shots,” the Web has led to an entire cottage industry for some of the smaller TV channels broadcasting and re-broadcasting celebrity DUI stories.
So, neither death nor acquittal at trial will erase the Internet “memory” about prior celebrity DUI arrests.