How can my DUI Attorney Beat the DUI Checkpoint Arrest?

DUI checkpoints (or sobriety checkpoints or safety checkpoints) are presumptively UNCONSTITUTIONAL unless the members of the police agency setting it up have crossed every “T” and dotted every “i”. Because a seizure occurs by law enforcement officers using blue lights (or red lights, in some states, to force you to stop) occurs when your driving is interrupted without any probable cause to believe that you have committed a crime, you always need to find a DUI lawyer skilled in challenging roadblocks. At a DWI checkpoint, drivers are necessarily stopped with no reasonable suspicion, as our laws describe it. 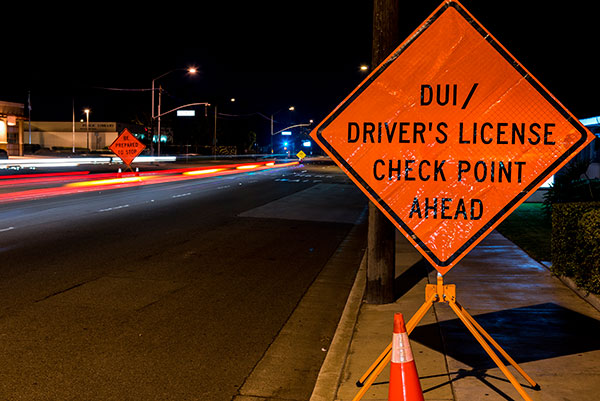 Additionally, the officers at these DUI roadblocks are trained to get you to talk. Once they do (upon getting an admission to drinking or using ANY type of drugs), the officers will be requesting (demanding) some sort of roadside sobriety evaluation from you. These are 100% voluntary — NEVER take these and never talk to police officers. All that you are REQUIRED to do is to produce your license and verify your address. If you ignore this advice, you be given several non-scientific evaluations or “tests” and you will then be arrested based on this bogus foundation for the officer establishing probable cause to believe that you were too impaired to drive safely.

Law enforcement personnel have a long list of mandatory prerequisites to be PROVEN BY THEM, in order to have the random roadblock pass legal muster. The legally valid DUI checkpoints in most states (where not prohibited by State laws) are typically set up on non-Interstate highways and are supposed to be in a “safe” location, so that traffic safety issues are not created, such as being in a sharp curve in the roadway, without adequate visibility ahead.
Currently, thirty-eight states and the District of Columbia utilize sobriety checkpoints as part of their comprehensive drunk driving (DUI-DWI-OWI-OUI) deterrence programs. The states that have laws in place that do not permit DUI checkpoints are: Alaska, Idaho, Iowa, Michigan, Minnesota, Oregon, Rhode Island, Texas, Washington, and West Virginia. Montana allows “safety checks” (seeing if the person is licensed and all passengers are wearing safety belts) which can sometimes turn into a DUI-DWI arrest if symptoms or smells commonly associated with a drunk driver are observed.

States with no written laws (like Alaska) permitting roadblock stops do not conduct checkpoints. In other jurisdictions (like Texas, Michigan and Oregon), the appellate courts have ruled that sobriety DWI –DUI checkpoints are illegal, based on each state’s interpretation of either their state constitution or the federal Constitution.
For the OTHER states that have upheld warrantless stops of motorists at DUI checkpoints, the necessity to arrest motorists for having the most skilled criminal defense attorney in their drunken driving case is paramount. In these “roadblock” states, your DWI-DUI attorney will seek a pre-trial hearing to determine whether all FEDERAL and STATE laws have been complied with before these roadblocks are implemented.

By way of example, two recent decisions from the Georgia Supreme Court show how high the required PROOF of compliance with the Fourth Amendment is, in order for the Government to win a pre-trial motion to suppress a hearing. In Brown v. State, 293 Ga. 787 (2015) & Williams v. State, 293 Ga. 883 (2015), the high court in GA ruled that the State bears the FULL burden of proving the following seven (7) elements (prerequisites) in order for a DUI checkpoint to be constitutionally permissible:

1. The roadblock was implemented pursuant to a checkpoint program that has when viewed at the programmatic level, an appropriate primary purpose other than “general crime control;”
2. The decision to implement the specific roadblock in question was made by a supervisor in advance, and not by an officer in the field;
3. All vehicles that passed through the roadblock were stopped, rather than random vehicle stops;
4. The delay to motorists at the checkpoint was minimal;
5. The roadblock was well-identified as a police checkpoint;
6. The screening officers staffing the roadblock possessed sufficient training and experience to qualify them to make an initial determination as to which motorists should be subjected to (asked to perform) field sobriety testing; and
7. Under the totality of the circumstances, was the stop of the defendant’s vehicle reasonable under the 4th Amendment to the United States Constitution.

For a FREE Case Evaluation with a specialized DUI-DWI attorney, call or submit your case details. We are available 24 hours/7 days a week