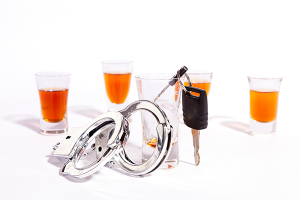 DUI consequences can last a lifetime and can severely affect your career and your personal life. Just the stigma of having a DUI conviction on your background check is motivation enough to hire the best DUI lawyer you can find to fight for a not guilty verdict. A huge number of DUI cases never go to trial because defendants either prematurely plead guilty at their first court appearance, or a skillful DUI attorney will negotiate a plea bargain with the state prosecutor before a final plea is entered. A plea bargain, or plea deal, is a legally binding agreement between the State and you. In exchange for pleading guilty to a lesser charge like “wet reckless,” a judge will mete out lesser DUI penalties than had you been found guilty by a jury or by the judge. A plea bargain lets you avoid the harsh consequences of DUI conviction without the State letting you avoid any traffic offense charges entirely.

The benefit for the State is that the courts get to reduce the number of DUI cases on their docket, a schedule that stays full all year long. Before you make a decision to plead guilty at your DUI arraignment, talk it over with a veteran drunk driving lawyer. An arrest is not a conviction™! Far from it! You are innocent until proven guilty of DUI, and your DUI case can take months or even years to settle. Along the way, your DUI lawyer can challenge the police evidence and arrest procedures by filing timely pretrial motions to exclude DUI breathalyzer tests, blood tests, and embarrassing field sobriety test performances caught on police video.

The consequences of drunk driving range from mandatory jail time, court fines, suspended driver’s licenses, DUI probation, DUI classes, and community service. What drunk driving consequences you face all depend on how “bad” your drunk driving incident was, and if this is your first DUI or second DUI. If you caused bodily harm, extensive property damage, or death, a standard misdemeanor DUI will become a felony DUI and the consequences of DUI increase significantly. A felony DUI carries a longer jail sentence, and you may be transferred to a state prison to serve out your time. A state prison is way different than a suburban city jail, which may be where you spent the night of your DUI arrest. Getting you out of jail as quickly as possible is the first priority of the best DUI lawyers, and getting you into our office so we can jointly decide on the best DUI defense strategy for your particular circumstances. Once the shock and embarrassment of your DUI arrest subside, we can have a truthful conversation about exactly what happened, and how we are going to best fight the charge. To get the entire picture of the magnitude of DUI consequences, read nationally-known DUI lawyer William C. Head’s “97 Consequences of a DUI Conviction” at DrunkDrivingDefense.com. After you read through these, we hope they strongly motivate you to fight the state’s charges in partnership with a top drunk driving attorney.

Call us at 844-832-6384 day or night. A local veteran DUI lawyer will ask you the facts of your case and share his or her years of winning DUI defense options.

Related Articles
Summary of DUI Defenses
Legality of the Stop
Articulable Suspicion
Ways to WIN or Reduce Your DUI Case
Contact Us
For a FREE Case Evaluation with a specialized DUI-DWI attorney, call or submit your case details. We are available 24 hours/7 days a week.